The Toombs County High School wrestling team has been rewarded for their excellence in dual competition in 2016-17 with the second seed for the GHSA AA Team Dual Wrestling Championship at the Macon Centreplex. Defending AA champion Social Circle is the number one seed.

Last year the AAA Bulldogs beat Calhoun 40-34, lost to Lumpkin County 48-19 and then in the consolation bracket the Bulldogs defeated Spencer 40-36 before they were knocked out of the tourney by McNair 35-28.

In 2014 the Bulldogs were seeded fourth and finished fourth. Toombs wrestled powerhouse Jefferson in a very competitive dual losing 47-34.  Erion Gaffney, J.D. Rogers, Jamar Smith, Eric Hester and Diego Lira all won their matches with a pin. Soloman McLeod was a winner by points.

This year’s team has been working hard to get ready for state competition. “Right now it is PTI- it’s program, team and individual,” Jonathan Morales said. “Everyone needs to be pushing forward for our team.”

Coach Ryan Durham first saw the bracket on Wednesday. “From a Bulldog perspective I think we have a good shot at competing with all the teams on our side (of the bracket),” Durham said after practice. “Armuchee placed fourth last year in state and Elbert County is always tough. If we get through the first match we will see the winner of Elbert and Spencer. With the way we are wrestling and the way the kids are training I think it is possible we just have to go one match at a time.” 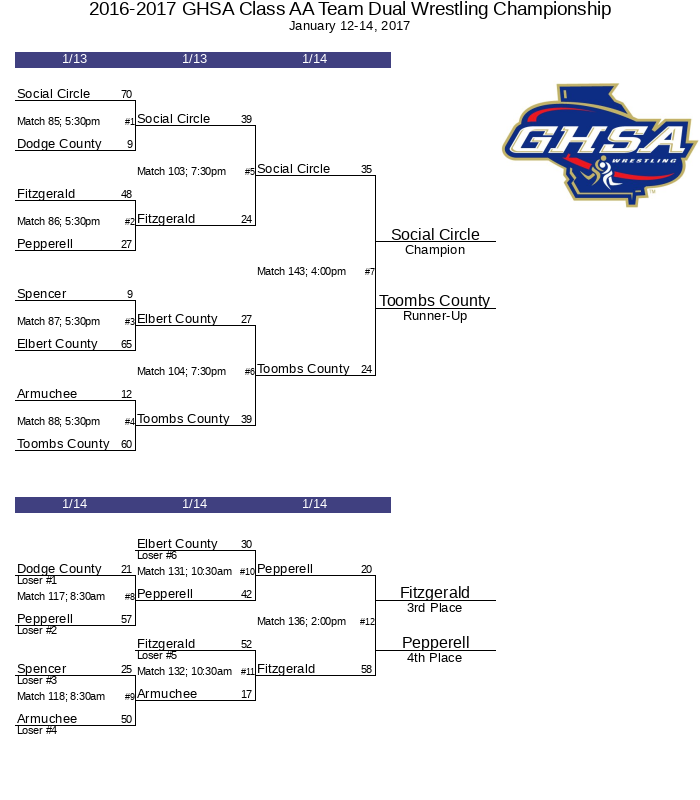