Since 2008 Toombs County High School has had two state tourney match ups with Calhoun and both times the Yellow Jackets prevailed. In a 2008 Elite 8 football game, in Calhoun, the Yellow Jacket beat the Bulldogs 41-14. Then in a 2010 quarterfinal best of three, in Lyons, the Calhoun baseball team swept TCHS 7-0 and 6-1.

That Yellow Jacket run has finally ended, in the first round of the GHSA AAA Team Dual Wrestling Championship at the Macon Centreplex, with the Bulldogs coming from behind to beat Calhoun 40-34.

“We made a move that we thought would help us and we got caught in a headlock,” head coach Bradley Benton said. “Those things happen and we got pinned and it put us behind the 8-ball. It was back and forth all the way through the lineup. We were down by six with two matches to go and we got two tremendous performances from freshman Jonathan Morales and junior Oren Morgan. Morales was down 9-3 and he put the guy on his back and pinned him. Oren was down by four or five points and he pinned the guy. It was just unbelievable that kind of comeback effort. I just haven’t seen anything like it.”

The Bulldogs will wrestle Lumpkin County (75-6 winner over Jordan) on Friday at 8 a.m. and then if they win they will probably take on powerhouse Jefferson at 3 p.m. If the Dawgs lose to Lumpkin they will drop down to the losers bracket and take on Spencer on Friday at 11:30 a.m. 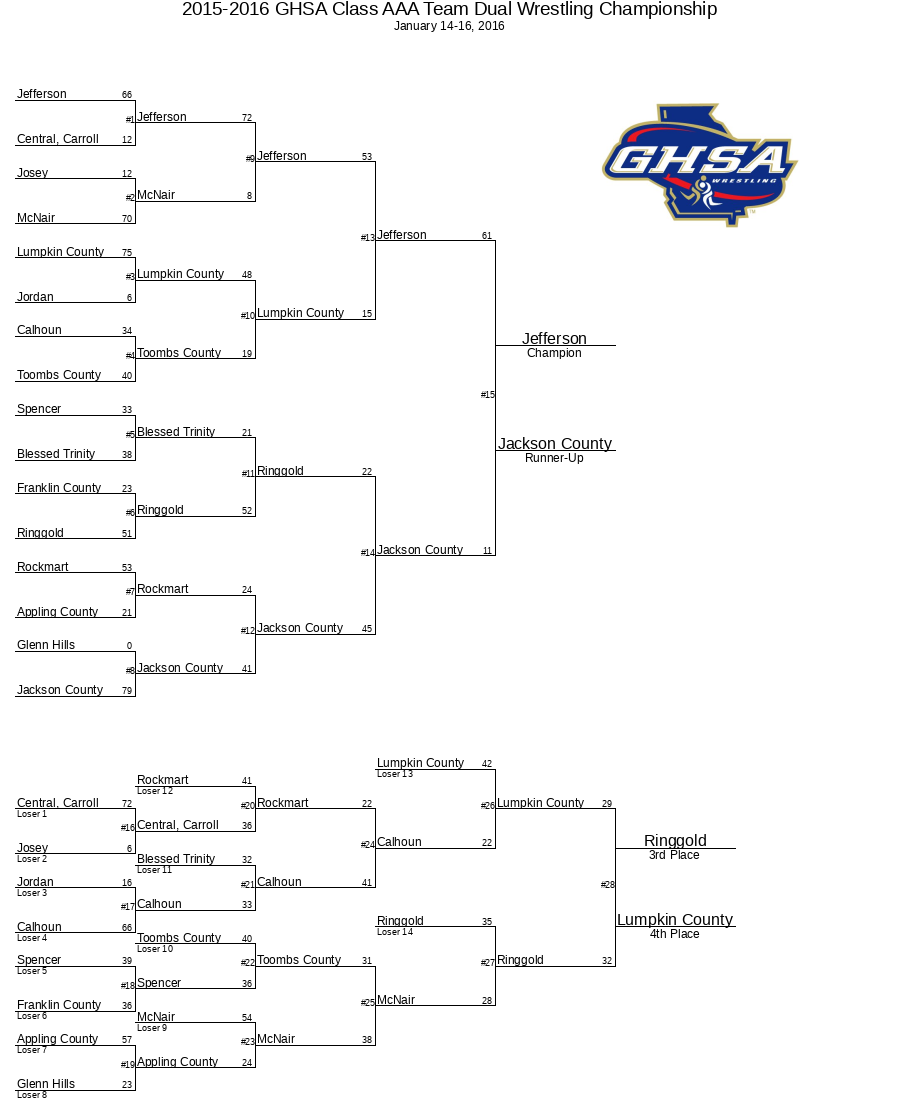